I remember sitting in on a European history lecture at UW-Oshkosh back in 2004.  The topic for the discussion was the fall of the Roman Empire, but my memory primarily recalls a tangential discussion on Roman roads.  It gets better – the thing that I remember to this day 14 years later was the point that the professor was trying to make about the inevitable march toward the dark ages because the peoples that ruled after the fall of Rome allowed Roman infrastructure to crumble.

If you don’t maintain your infrastructure, your empire will fall.

Believe it or not, this is incredibly relevant to proper website management in the modern era.   The current mantra suggests that if you do nothing but let a website sit, you should be replacing it after two years.  Proper maintenance will extend that lifetime another three years or more!  Five whole years with one piece of technology, i.e. one website structured the same way, is amazing when you think of it with phones and other devices being cycled regularly every two years.

Nobody is immune – not even companies like Stellar Blue Technologies who make websites.  And so, we’re practicing what we preach!  These are the top three changes we’re making, and why they’re important.

So, what have YOU been doing to keep your website fresh?  If it’s overdue for a facelift, let us know. 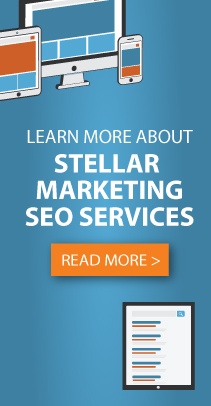