Look at any website, ‘under the hood’ as the case may be, and it is easy to see why website development isn’t just something anyone can do. Examine the working of any websites and you will see that the code that creates the images and words that you see is far more complex than the bold font, colored box, or pretty image you see when you first view a site in your browser.

A website, much like your car, is a complex machine in many ways, from servers and the code they are written in, to the browsers and devices that you use to display them. Your car can be powered by many different things, electricity, diesel, unleaded, some have even been powered by hydrogen and who knows what the future will bring. Then you can break it down even further to engines – rotary, 4cyl, v6 and so on. In much the same way websites can be broken down past the code that they are written in. There is Java, Python, C#, Ruby and of course, the language that Stellar Blue Technologies uses, PHP.

PHP started life as a simple set of CGI(Common Gateway Interface – a standard protocol for web servers) binaries written in the C programming language to track visits to an online resume site in the early 90’s. Being a set of tools, it became known as “Personal Home Page Tools”, or PHP Tools. These tools grew as more functionality and richer implementation was introduced until 1995, when the source code was released to the public, with a capabilities of database interactions and a framework that allowed users to develop simple, dynamic web applications.

PHP has evolved from its roots to become not only the server-side scripting language used to develop websites and applications, but also a general purpose programming language that sees use in everything from web template systems and CMS(Content Management Systems) to frameworks and full Web Applications.

With PHP 3 the parser was rewritten, and along with a strong set of features that allowed for  extension of the language, PHP 3.0 found itself installed on approximately 10% of web servers on the internet. PHP 4 and 5 continued to improve and grow, from a personal home page tool to a full language that would find greater integration to html and web servers, with features that allowed for sessions, output buffering and more secure ways to handle user input.

2015 marked the release of 7.0.0, a version that introduced not only new features, but a new engine to power it, the Zend Engine III which significantly improves performance. The most significant meaning of this to most websites, is that with a server-side framework, this new engine can compile, execute and output sites from the server to the browser much faster(between 2.2 and 2.4 times faster)  than before.

Along with a new engine and 64-bit performance, PHP7 also includes new items, such as Type Declarations, Error Handling and New Operators that all can be utilized by developers to create sites that are more secure and interface better with the servers and databases. With the higher performance and load-taking abilities of PHP 7 not only do the sites work faster, but the mobile user base benefits from sites that can take advantage of PHP7’s reduced memory usage and improved engine to create a richer mobile experience. Stellar Blue Technologies newest servers are running with PHP7, allowing our site to benefit from the speed gains and other enhancements, leading to rich efficient user experiences on many of our new projects. 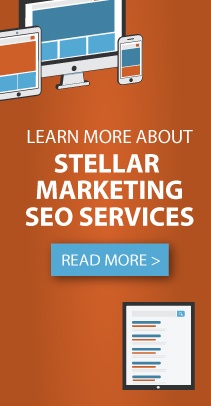