It is estimated that nearly 30,000 websites are infected with some type of malware each and every day.  There were several high-profile attacks in recent history that you may remember. For instance, the awful Target hack when 70 million people had their credit card information stolen. Another serious cyber-attack happened when J.P. Morgan had their data compromised resulting in over 76 million households and seven million small businesses feeling the negative repercussions. The FBI now ranks cybercrime as one of its top law enforcement activities, and with President Obama’s recently proposed budget spending on cybersecurity would increase to approximately 14 billion dollars.

There is a popular notion that only large companies are targeted by hackers, but that is not the case.  Most of the businesses that are affected by hackers are small businesses and becoming a statistic of this category is not something you want! Personal blogs, company websites and large news sites are just a few examples of the things hackers can target. When cyber-attackers see a potential target, they will do anything to capitalize on the opportunity to strike by doing things like spreading malicious software or stealing information.  Some of these statistics will give you an idea about cyber-attacks and how many people are affected by it.

-According to Stopthehacker.com, “It takes only 10 minutes to crack a lowercase password that is six characters long. Add two extra letters and a few uppercase letters and that number jumps to 3 years. Add just one more character and some numbers and symbols and it will take 44,530 years to crack.”

-Nearly three quarters, 73 percent, of all Americans have fallen victim to some type of cybercrime, and 47% have had their personal information exposed by hackers.


-“In a recent survey, it was reported that 80 percent of all businesses suffered some sort of computer hack over the past 12 months.”

-Over 27 million Americans have fallen victim to identity theft over the past five years. Nine million of those very victims found their identities stolen within the last year alone.

If you are concerned that you may become the next victim of a cyber attack, let us help you. Contact any of the Stellar Blue Technologies representatives and find out how you can become protected from these attacks.  Don’t be one of the 27 million Americans who falls victim to a cyber intrusion. Contact us now! 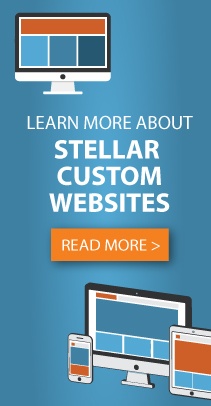