Facebook recently surveyed its users to figure out what they wanted to achieve from their news feed, and many users shared a common complaint about the amount of promotional content in their news feeds. Weirdly enough, it wasn’t the paid ads that bothered Facebook users, it was the content posted by companies that they followed, which promoted their own brands. Posts which encourage followers to buy a product or do something to support a specific company or organization in some way, and posts that look just like ads are big culprits. Instead of just promoting their product or service, businesses should think of their page as a place to share content that is relevant to their followers, which will in turn help them maintain an online presence and stay relevant.

In reaction to this survey, Facebook has announced its decision to release a new line of updates.  Where in the past, it has sought to provide its users with content that is relevant to them, Mark Zuckerberg has recently announced that the company’s new priority will be to encourage its users to “have more meaningful interactions,” the goal being for more users to post organic content- that is, content about their own lives. This means that Facebook will prioritize person-to-person interactions, so in the future you will see less posts by pages, and more by people. The second major change is that rather than sorting content that Facebook considers relevant to the user, that is, content with the most likes and shares, in the coming update, it will instead give priority to posts with comments. And not just any comments, as companies sometimes do to bait their followers (ex: comment “yes” if you believe in god, comment your favorite color and something good will happen to you in the next week, etc.) Facebook will prioritize posts that have long, well-thought-out comments.

For businesses, these updates will mean a few things. In order to appear higher in your followers news feeds, pages must generate user engagement with their posts in the form of original comments. The best way to do this is to share high-quality content that is relevant to your followers, content that is engaging and thought-provoking, and that generates conversation between users and the pages they follow. One way to do this is to create or join a group that is relevant to your industry and target audience. For example, a bakery might join or create a group of food-lovers, or recipe-sharing. People who are a part of that group already have an interest in food, so that makes hitting your target market easy. If the bakery can post content that is relevant to its users, for example, recipes, baking tips and tricks, and stories, their brand will become more well-known as users interact with it.

There is another way to shoot to the top of your target market’s news feeds, one that benefits Facebook as a company greatly. Paying for ads continues to be an option, and as it becomes more difficult to organically expand your reach as a company, more pages will turn to paid advertisements as an option. As a result, users will see fewer ads, and so the prices of Facebook ads will likely increase greatly after the update is released. 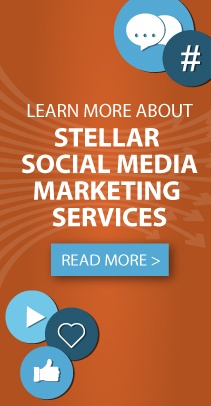